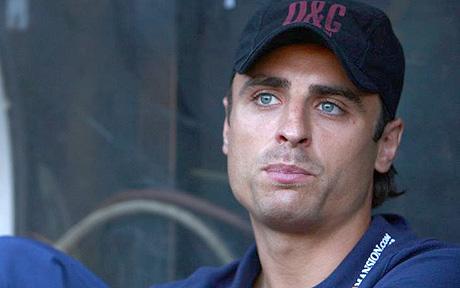 Surely not? As if calling themselves United wasn’t going to wind-up Red Devils fans enough, Manchester City’s new owners are now set to pip their city rivals to the signing of Dimitar Berbatov. City have had a £30 million bid for the long-term United target accepted, although the Bulgarian is believed to still be in talks with both Manchester clubs.

City manager Mark Hughes said: “”I’m stunned and excited. Both myself and the fans are very excited by what’s going on. There have been a lot of disruptions and negative publicity but that’s been put to the side in one fell swoop.”

Ironically, a move to Man City would, at best, be a sideways step for the man so desperate to play for a top club. Spurs won’t care – they just want to get rid of him at the right price. I can’t imagine Sir Alex Ferguson let his target slip through the net at this late stage though. He desperately needs a striker.