Wolves fan desperate to join the pitch invasion, confuses himself with Superman 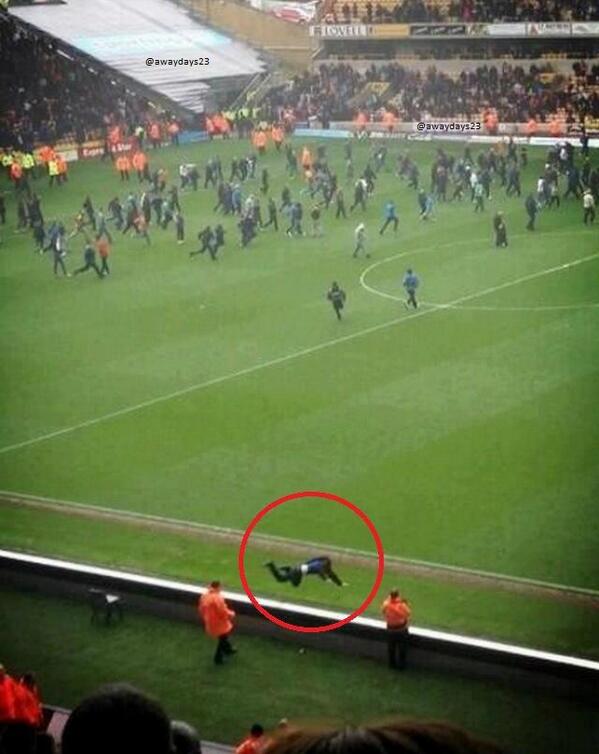 Furious Wolves fans mounted a pitch invasion, hurled insults in the direction of owner Steve Morgan and chief executive Jez Moxey, and smashed up the dugout after defeat to Burnley left them on the verge of back-to-back relegations.

This lad didn’t want to miss out just because he was in a different stand than the majority of the rioters. Cue his attempt to fly.

If he managed to avoid killing himself and make it across the pitch, these were the scenes awaiting him…