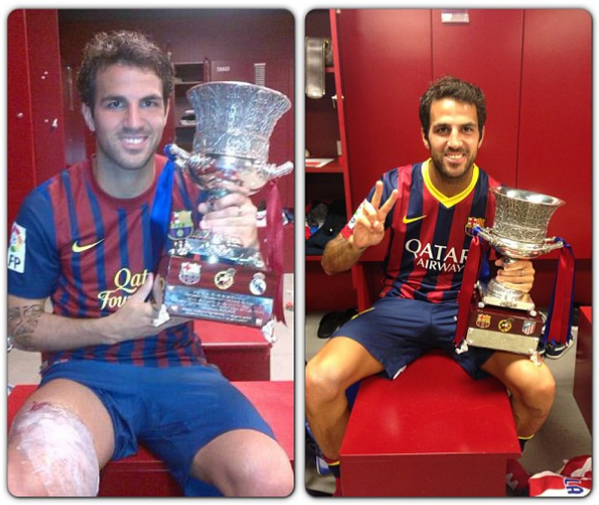 Barcelona midfielder Cesc Fabregas says he had no intention of joining Manchester United this summer – even if they had offered to double his salary.

The former Arsenal captain had been widely linked with a move to Old Trafford during the transfer window, with David Moyes’ side lodging bids for him with Barca.

But the offers were rejected and Fabregas said he wanted to stay with the Catalan giants. He has now emphasised the point by saying that even a huge increase in his wages would not have persuaded him to join the Premier League champions.

He said: “The tougher the challenge the better I like it and Barcelona was the biggest and most difficult, and I want to finish in a happy manner and if I can retire at Barca, then so much the better.

“The only thing in my head is triumphing at Barcelona.

“When I arrived at Barcelona I already knew there were other places where I could earn more or where I could have more minutes, but coming to Barca was my dream.

“It was my dream since I was small. I wouldn’t go, not even for double the money.”