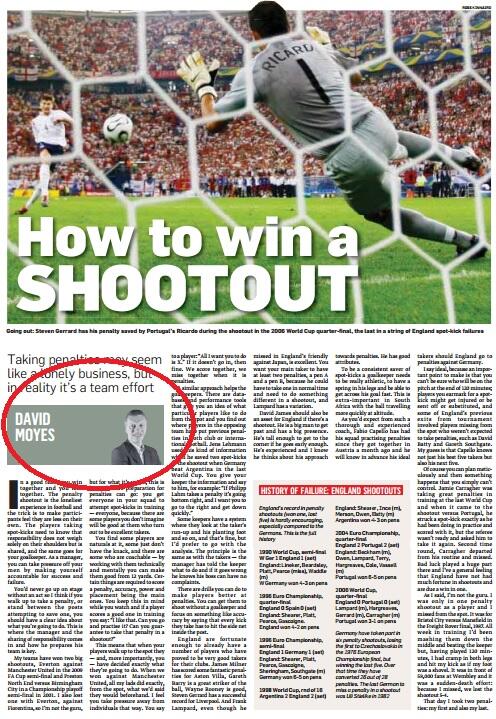 Fresh from last night’s penalty shootout defeat to Sunderland, Manchester United boss David Moyes can thank the internet for reminding him of this piece he wrote for the Sunday Times in 2010.

From the relative comfort of his position as Everton manager, Moyes advised England on where they were going wrong when it came to penalties.

In his defence, the United manager does use the phrase “I’m not the guru” twice in the article.