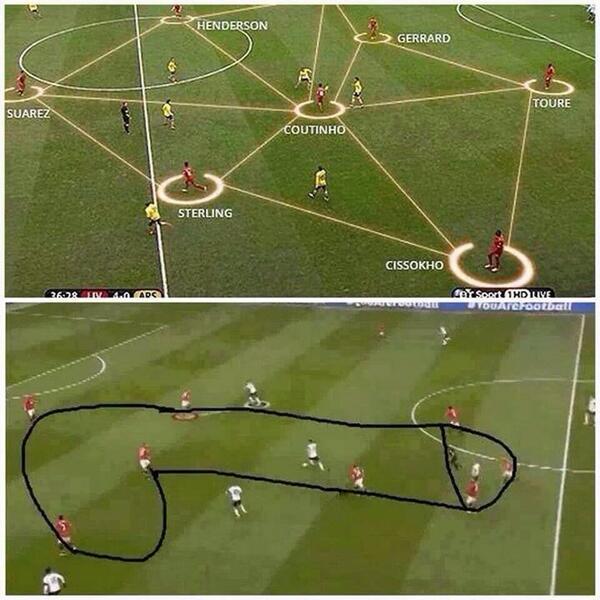 A Liverpool supporter has engaged in some very juvenile but highly amusing tactical analysis of Manchester United’s performance against Fulham weekend.

Using a Match of the Day graphic showing Liverpool’s neat little triangles in their comfortable win over Arsenal as a starting point, the Reds fan sought to identify similar patterns in the formation set up by United boss David Moyes.

As you can see, the results are quite astounding.