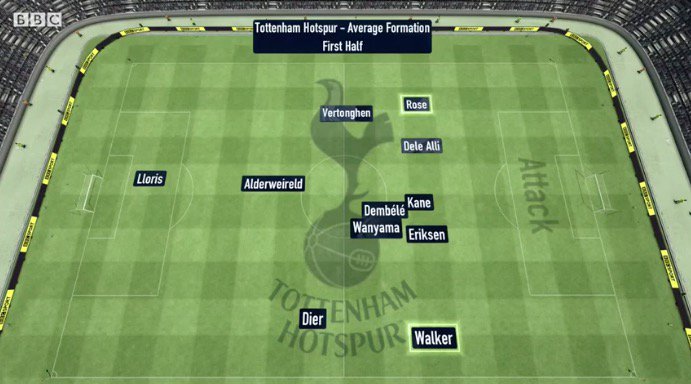 Tottenham Hotspur effectively played a 3-2-5 formation in their 4-0 victory over West Bromwich Albion on Saturday.

While they didn’t necessarily line up that way – at kick-off they adopted their usual 4-2-3-1 setup – their average positions on the pitch during the first-half of the game show that they actually played in something more like 3-2-5.

The most interesting aspect of this was the position of Spurs’ full-backs. To say that right-back Kyle Walker and left-back Danny Rose were operating as wingers would be an understatement: they were actually operating as wide forwards.

Walker and Rose played level with striker Harry Kane in the Baggies’ half. What’s more, attacking midfielders Dele Alli and Christian Eriksen spent most of their time just as far up the pitch, so Mauricio Pochettino effectively had a front-five at his disposal.

Given the ease with which they saw off Tony Pulis’ side, it looks like that was a wise move.